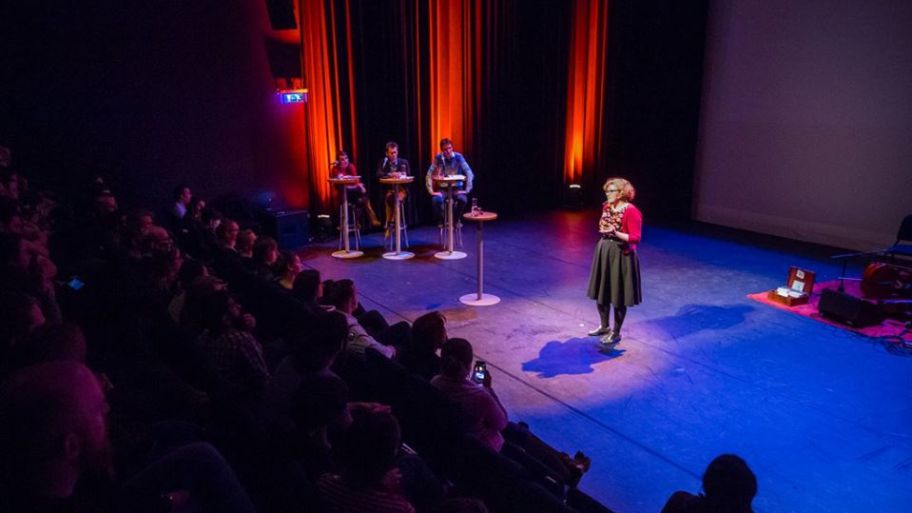 Get ready to see the crème de la crème of science communication perform live on the stage of LUX! In just 3 minutes, young Radboud scientists from all disciplines will tell their story to a live audience and jury. Powerpoint presentations are strictly prohibited, so no borings lists or charts. Instead, you will see science on stage like you’ve never seen it before.

On Tuesday night March 21, the ten finalists from all different faculties of Radboud University and Radboudumc will compete for the grand jury prize and the audience award.

Besides pitches (all in English), there will also be a musical performance by student big band Nijmegen, and a literary closing by writer Lisa Weeda from production company Wintertuin. We hope to see you on March 21st!

The Student Big Band Nijmegen plays classics from the Big Band genre, but also more ‘inventive’ music like emerging jazz and fusion. At Radboud Talks they will appear in a smaller but no less exciting ensemble.

Lisa Weeda (1989) writes prose, theater and nonfiction. In 2015 she graduated from ArtEZ Creative Writing. In november she published a literary non fiction novel: De benen van Petrovski, about her journey to Ukraine. Lisa is part of the talent development trajectory that Literair Productiehuis Wintertuin provides.