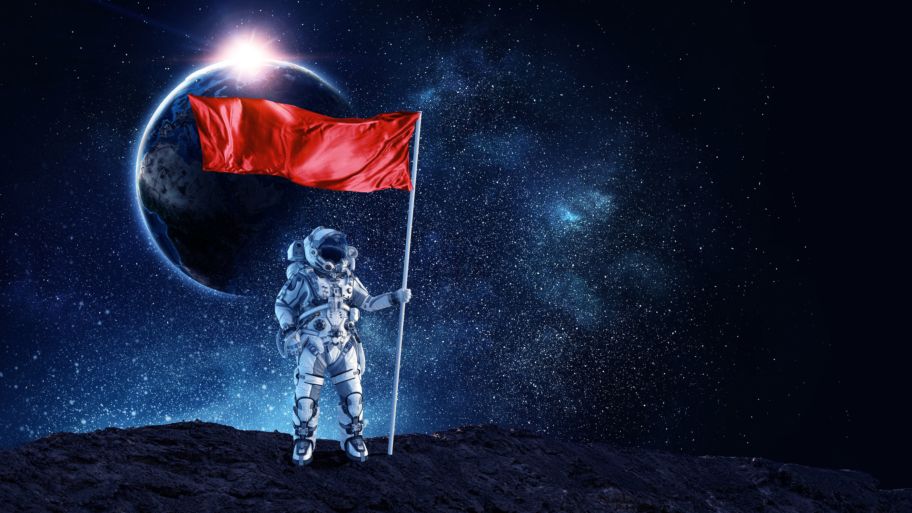 Rules of Engagement in a Vacuum
Radboud Reflects

Space is being militarized. Our galactic surroundings are no longer a domain purely for science, as various nations are engaged in a zero-g arms race. Crowded satellite orbits, space tourism and even commercial extraterrestrial mining are turning space into a melting pot of conflicting interests. This uncharted battleground is in urgent need of custom rules of engagement. Why do we need a separate legal framework for space?

Learn from philosopher of law Lonneke Peperkamp about the challenges in thinking about rules for space.

INTERESTS
The ramping up of military activity in space is unmistakable. The United States added the Space Force as a new branch to their military, and next month NATO will officially acknowledge space as a domain of warfare. More and more nations and recently even companies are getting access to space, so its vital resources are becoming more contested. Commercial companies are offering options for tourism and developing space mining programs, which increases the pressure on nations to safeguard their countries’ commercial interests in space.

LAWLESS
So far, however, laws governing all this activity are incomplete and vague. Outer space runs the risk of becoming a new Wild West where record numbers of satellites are shot into crowded orbits , increasing the very real risk of a chain reaction creating debris that could have long-lasting consequences for our access to space. Philosopher of law Lonneke Peperkamp will shed light on the urgency of the problem by discussing the vagueness in existing legal frameworks for space, and the specific challenges faced by lawmakers in this domain.

FUTURE
We need to take a step back and first decide who laws for space are supposed to protect and why. Peperkamp argues for a set of values that should drive lawmakers as they construct rules for space. But how can lawmakers be convinced of these values? How can a ‘philosophy of space war’ get off the ground? After her lecture, Lonneke Peperkamp will discuss these issues and more with philosopher Frank van Caspel and the audience. Join in!

ABOUT THE SPEAKER
Lonneke Peperkamp is philosopher of law at Radboud University Nijmegen. She has a research background in jus bellum and has recently started a project titled ‘Space wars: just war theory in the age of space militarization’.