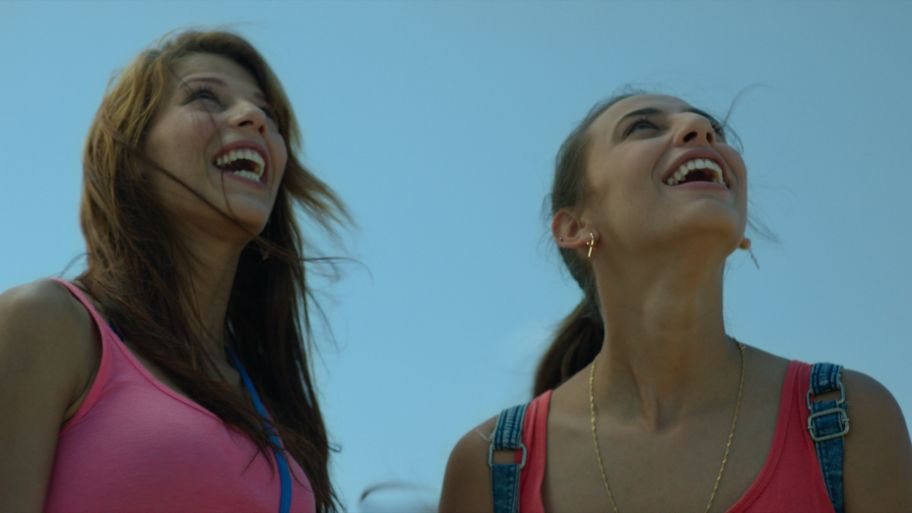 The Spanish love drama Carmen & Lola tells the story of Carmen and the ambitious, quirky Lola. This romantic feature debut by Arantxa Echevarria can be seen on Monday the 17th of June.

Carmen is the perfect daughter. She lives in a Spanish, deeply religious Roma community. She is destined to live the life of many generations of women before her: getting married, giving birth to children, and serving her husband. But then Carmen meets the quirky Lola. Lola is a graffiti artist with the ambition to study. She loves women and is not afraid to resist the imposed rules within the Roma community. The two fall in love, with the result that they have to find their way between their love, family, religion and what it means to be a woman.

Arantxa Echevarria is making her feature debut with Carmen & Lola. She is best known for various documentaries and short films. With Carmen & Lola, Echevarria has painted a truthful image of a Roma community in Madrid. To achieve this, she chose to work with inexperienced, non-professional actors. The actors themselves grew up in the Roma community and brought the film to life in a unique way. In combination with authentic flamenco music and traditional gypsy dance, an exotic background is created for this love story. Carmen & Lola premiered at the Cannes Film Festival in 2018 and was nominated for a Camera D’Or and a Queer Palm. The film also won prizes at the Goya Awards 2019 (Best New Director).