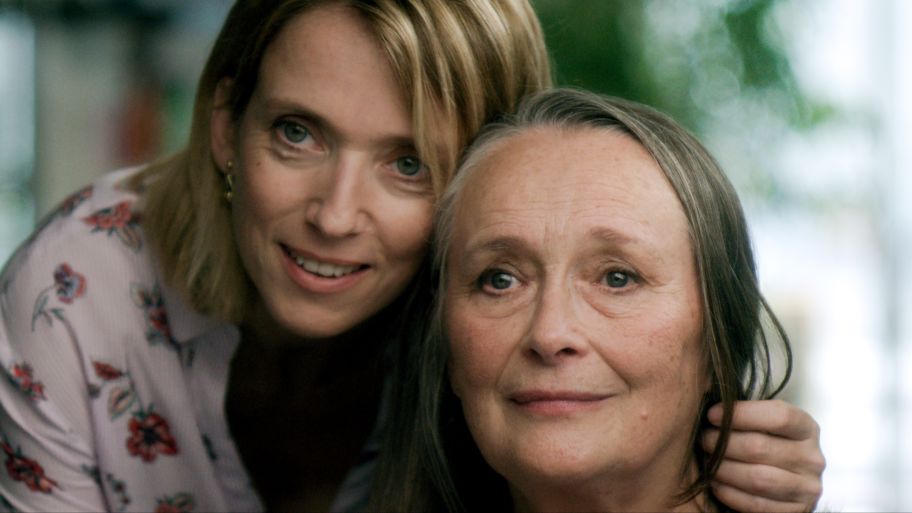 Retired Madeleine (Martine Chevallier) and Nina (Barbara Sukowa) have been each other’s great love for decades without anyone knowing about it.

To their loved ones, including Madeleine’s meddlesome daughter (Léa Drucker), Madeleine and Nina are simply neighbors sharing the same hallway. In reality, this hallway offers a portal between two completely different worlds: that of a caring mother and grandmother who is afraid to tell her children she has a secret love life, and that of a liberal independent woman who yearns to live her life with her lover, in public. Madeleine and Nina lead a loving life together and enjoy everyday life. Their doors are always open and they move freely between the apartments. Until their portal is suddenly closed by an unexpected event, and they can no longer reach each other.

The sensitive Deux was directed by Filippo Meneghetti and had its world premiere at the Toronto Film Festival. For his debut Meneghetti managed to get acting giants Martine Chevallier (grande dame of the French theater world) and Barbara Sukowa (muse of Rainer Werner Fassbinder and Margarethe von Trotta).