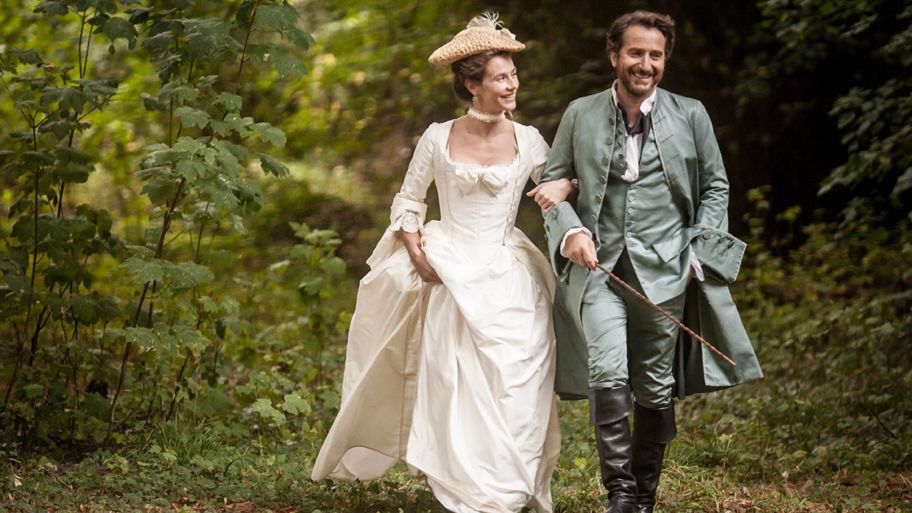 The French costume drama Mademoiselle de Joncquières follows the dramatic love life of Madame de La Pommeraye (Cécile de France). Despite his notorious status as a womanizer, she falls for Marquis des Arcis (Édouard Baer). The cutting feature film by Emmanuel Mouret can be seen with us from Thursday 23 May.

It is 1750, Louis XV rules over the French kingdom. Marquis des Arcis, a notorious womanizer is hopelessly in love with Madame de La Pommeraye, an attractive widow who lives withdrawn in het big house. For years she knows how to resist him, until she finally gives in to her secret desire. But now that he has what he’s always wanted, the Marquis soon gets tired of her, and after a few years he puts her aside. Madame de La Pommeraye is mad with grief and craves revenge. She comes up with a plan to take everything from Marquis. She enlists the help of Madame de Joncquières and her beautiful daughter. Marquis is enchanted by her beauty and wants nothing more than to conquer her heart. Madame de la Pommeraye makes smart use of this…

For Mademoiselle de Joncquières, Emmanuel Mouret draws inspiration from the book “Jacques de Fatalist and his Master” (1796) by Denis Diderot. In his latest feature, Mouret combines a classic 18th-century French costume drama with a layer of sharp humor. The costumes used are a symbol of status and show the relationship between the different characters. Mademoiselle de Joncquières won the César for Best Costume Design at the César Awards of 2019. The film was received with great praise and was rewarded with no fewer than fourteen nominations at various film festivals.