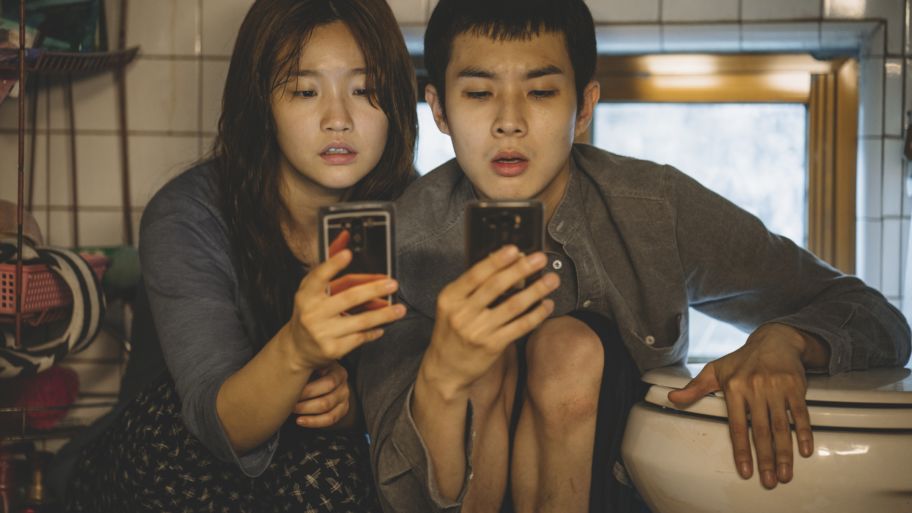 Korean filmmaker Bong-Joon-ho has won several awards for his sharp, dark comedy thriller Parasite. He received an Oscar voor Best Picture, Directing, International Feature Film and Writing (Original Screenplay). This film tells the story of a poor, Korean family that gets fascinated by the rich Parker family. Slowly they try to take more and more advantage of this family’s wealth.

The Kim family lives in a narrow basement without working Wi-Fi. Ki-taek and his wife don’t have a job and the family is in shortage of money. When their son starts tutoring the daughter of the rich Parker family, the family sees a lot of opportunities to take advantage of the luxuries this rich family beholds. In a cunning way, the whole family ends up working in the chic villa of the naive Parks. An unexpected incident throws a spanner in the works, which makes the Kim family do anything to not let their lies and cheating come to the surface.

After the international partial English spoken productions Snowpiercer (2012) and Okja (2017), filmmaker Bong Joon-ho decided to create another South-Korean film, this time without any American or European actors. His last fully South-Korean production Mother was released in 2009. In April 2017, Bong announced the project and the fact that actor Song Kang-ho would play the main role. Song had worked with Bong before in Memories of Murder (2003), The Host (2006) and Snowpiercer. The thrilling film Parasite brought Joon-ho a total of 50 prizes.