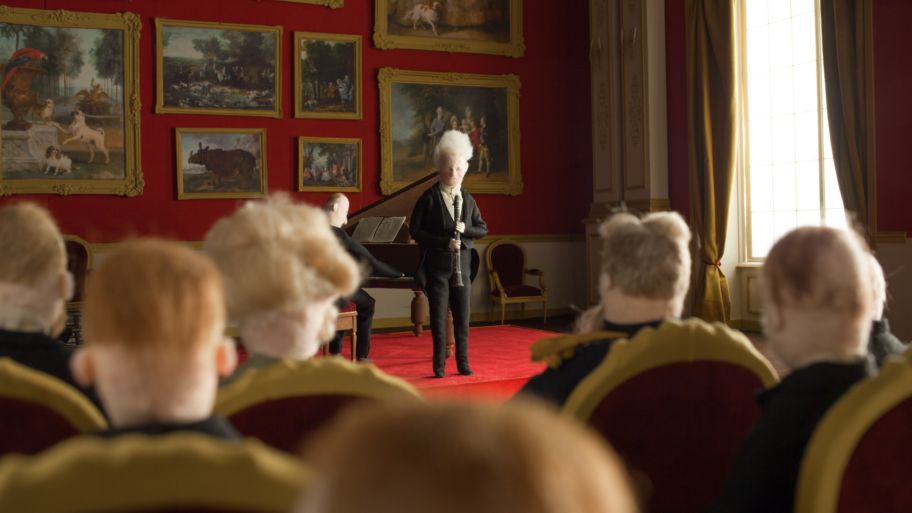 The unique stop-motion This Magnificent Cake! takes place in Africa during the colonial times of the 19th century. The story centers around five characters: a troubled king, a middle-aged pygmy, working a job in a luxurious hotel, a failed businessman on an expedition, a young deserter and a lost doorkeeper.

This Magnificent Cake! is a collection of short tales that give those who fall from society a spotlight. Its visual intensity and unique ways of telling a story create a lot of room for personal interpretation.

The movie was shown in Cannes and won prizes at the festivals of Annecy, Zagreb and Vila de Conde. The directors’ previous work, Oh Willy…. was granted over 80 international awards, the Cartoon d’Or included. Directors Emma de Swaef and Marc James Roels were even nominated for the Césars for said short animation.