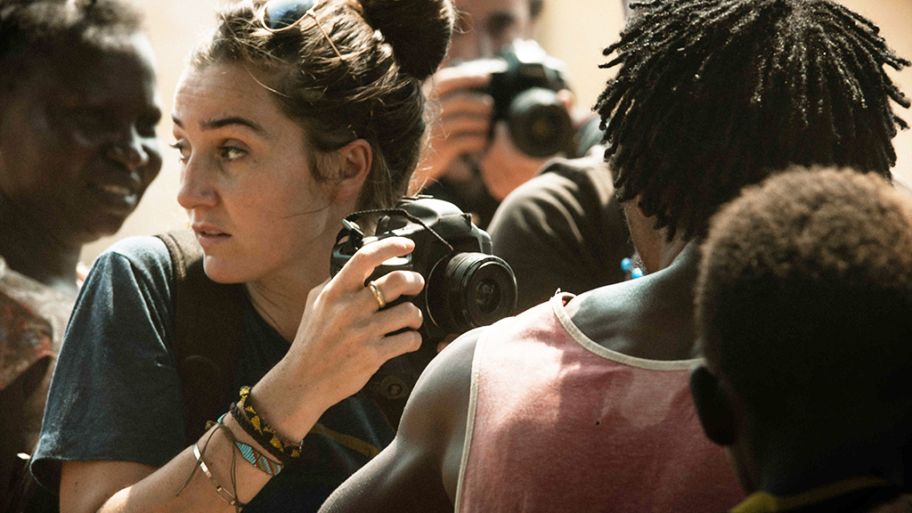 Powerful biopic about French photographer Camille Lepage, who travels through the Central African Republic to document the civil war. Bright complex scenes reveal the complexity of the conflict, whereby the filmmaker always has an eye for the power to face the most difficult situations with dignity.

Without a specfic assignment, the young, ambitious Camille arrives in the Central African Republic. Full of idealism, she believes that her work can make a difference in a hopeless conflict. Her unbridled energy brings her to the heart of the war, where she witnesses the consequences of a struggle that brings out the worst in people. In the film you can see photos taken by Lepage herself. It gives the whole situation an unprecedented realistic approach. The natural acting of the cast, which mostly consists of amateurs, contributes even more to this. Director Boris Lojkine shows a nuanced and convincing picture of the conflict.

AFTER THE FILM
After the film there will be a discussion with dr. Wilco Versteeg from Radboud University. His research focuses on the history of war- and conflictphotography in a changing media landscape. He wonders whether documentary photography still has a future in a world where distrust of classical journalistic, social, and political institutions seems to be increasing. He analyzes the strategies that journalists, but also NGOs and terrorist organizations use to display conflicts. In addition to this research and education at Radboud University, Wilco Versteeg also works as a photographer. He has been portraying violent demonstrations in Paris for years, and was nominated for a Zilveren Camera, among other things.

Movies That Matter On Tour brings the festival’s favourites of Movies That Matter to the film theaters across the Netherlands, including us. Every month you can watch engaging films which are accompanied by an introduction or discussion.